The Recording Industry Association of America® (RIAA) is the trade organization that supports and promotes the creative and financial vitality of the major music companies. Its members comprise the most vibrant record industry in the world, investing in great artists to help them reach their potential and connect to their fans. Nearly 85% of all legitimate recorded music produced and sold in the United States is created, manufactured or distributed by RIAA members.

Our board comprises executives from a variety of indie and major record labels with diverse backgrounds in the music business: 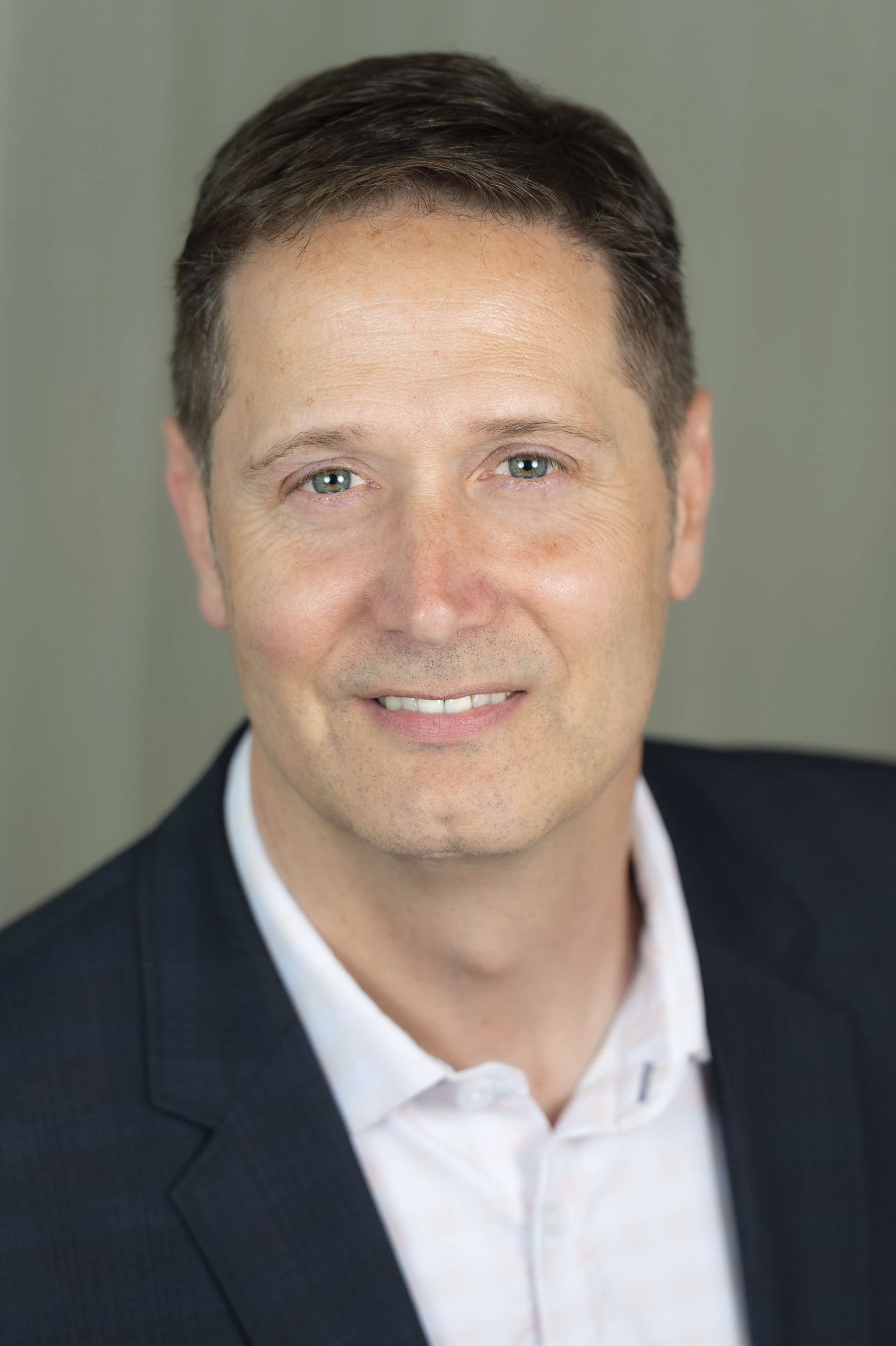 Mitch Glazier is Chairman and CEO of the Recording Industry Association of America (RIAA).  RIAA is the trade association representing the U.S.-based global entertainment companies that are responsible for creating, manufacturing, or distributing approximately 85 percent of the world’s recorded music. In his nearly 20 years at RIAA, Glazier has played a vital role in the music industry’s transition to streaming and “anywhere, anytime” access to music. Before joining RIAA, Glazier served as Chief Counsel for Intellectual Property to the Judiciary Committee in the U.S. House of Representatives under Chairman Henry Hyde. In his career in and out of government, Glazier has worked on every major copyright bill considered in the past three decades from the Digital Performance Right in Sound Recordings Act of 1995 to the Music Modernization Act of 2018, laying the foundation for the modern streaming economy that has strengthened and remade the music business for the 21st Century. A native of Illinois, Glazier served as law clerk to the Honorable Wayne R. Andersen, United States District Judge for the Northern District of Illinois, and practiced law at the Chicago firm Neal, Gerber & Eisenberg as an associate in commercial litigation.  He graduated from Northwestern University and Vanderbilt Law School. Glazier serves as Chairman of the Board of RIAA, Chairman of the Board of Musicians on Call, the charity that brings the healing power of music to the bedsides of patients in hospitals and health care facilities around the country, and serves on the Boards of IFPI, SoundExchange, Leadership Music and the Lutheran Church of St. Andrew in Silver Spring, Maryland. As a teenager in the 80s, Glazier’s room posters included Simple Minds and INXS. A fan of Chicago Blues, he was privileged to see Koko Taylor live several times before she passed. He and his wife, Carly, have two sons, ages 19 and 16, who constantly keep their parents in check with new music discoveries. Glazier’s goal: to foster respect for the power of music. 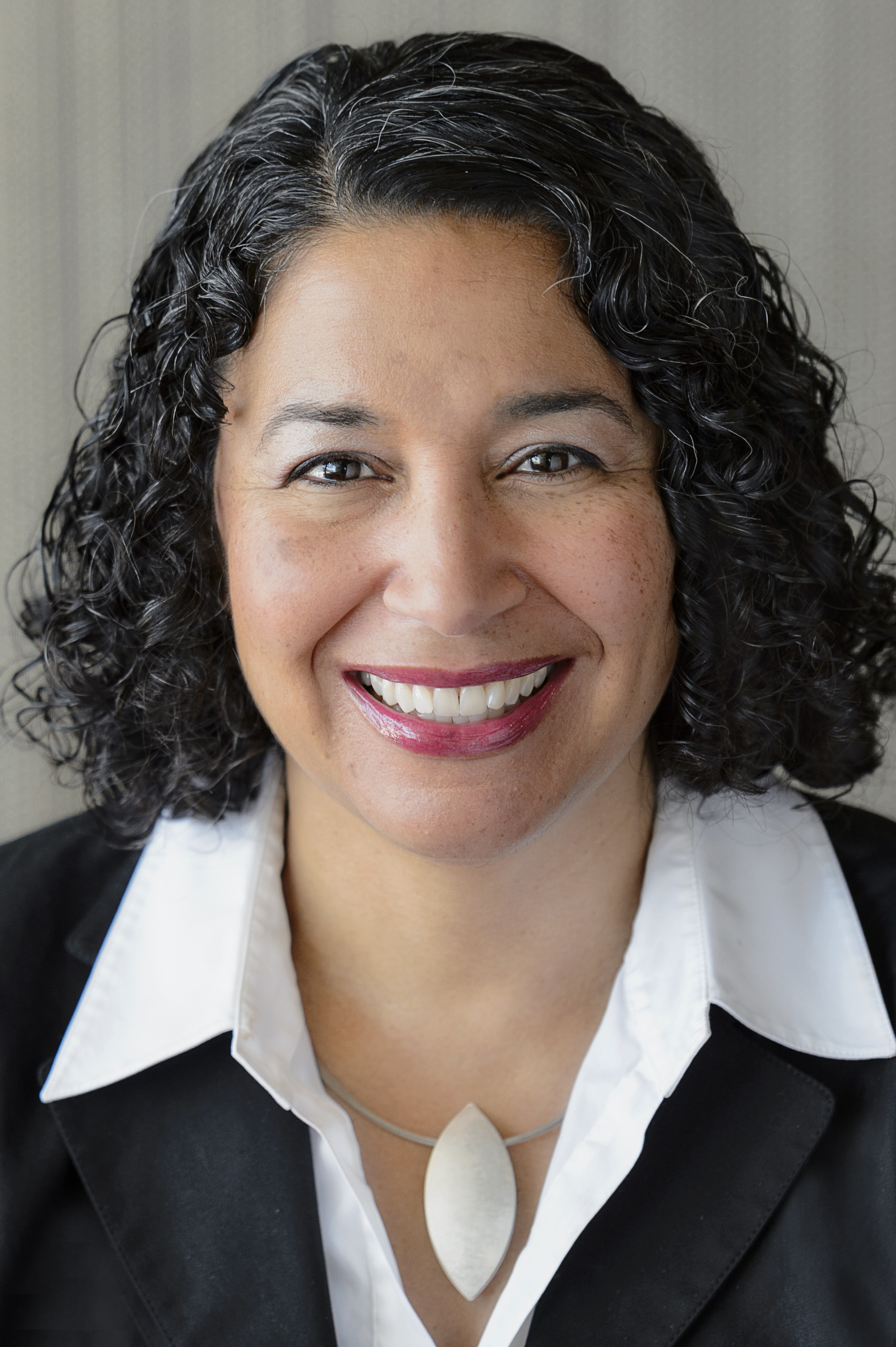 Michele Ballantyne is Chief Operating Officer, Recording Industry Association of America (RIAA). As COO, Ballantyne manages the day-to-day operations of the RIAA. A driving force for updating intellectual property laws for the digital age, she has played an instrumental role in advocating for congressional reforms including the Music Modernization Act, the PRO-IP Act that established the nation’s first Intellectual Property Enforcement Coordinator in the Executive Office of the President, and the Higher Education Opportunity Act of 2008 that provided colleges and universities with meaningful tools to reduce the illegal downloading of copyrighted works on campuses. Before her time at RIAA, Ballantyne has worked in the highest reaches of government, including as Special Assistant to President Bill Clinton, Special Counsel to then-White House Chief of Staff John Podesta, and as General Counsel for Senator Tom Daschle. Ballantyne earned a B.A. from Carleton University in Ottawa, Canada, a Masters Degree from George Washington University and her law degree from the Georgetown University Law Center. She is a member of the Steering Committee of the Ron Brown Scholar Program, which provides academic scholarships, service opportunities, and leadership experiences for African American students. Growing up, Ballantyne listened to an eclectic range of music including reggae, soca and dancehall, as well as Motown, classic rock and 80’s pop music. She feels lucky to have had the opportunity to see Prince and George Michael in concert. Her Jay-Z and Justin Timberlake fandom is legendary, although country artist Brett Eldredge is her not-so-secret passion – a constant source of bemusement to her husband and son. 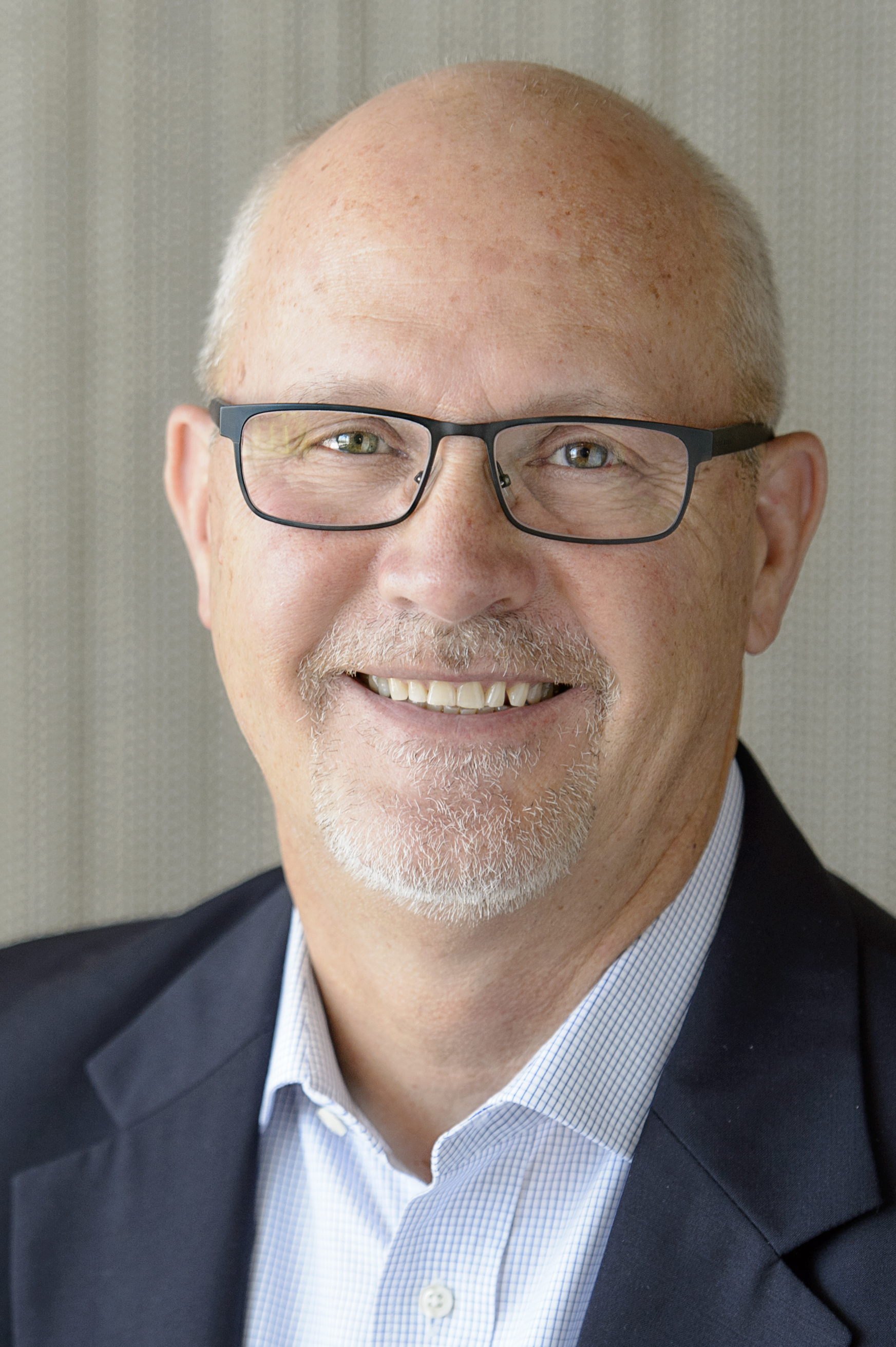 Brad Buckles is Chief Content Protection Officer, Recording Industry Association of America (RIAA). Buckles is responsible for leading the industry’s strategic efforts to address digital and physical music theft. As head of the RIAA’s Content Protection unit, Buckles oversees dozens of analysts, technical specialists and investigators in Washington and throughout the country who work to take down illicit copies of songs online and who play a big role assisting various law enforcement agencies as they address criminal instances of digital and physical piracy. Before joining the RIAA in 2004, Buckles was head of the federal Bureau of Alcohol, Tobacco, Firearms and Explosives (ATF). Mr. Buckles also served as an attorney in the Office the General Counsel at the Department of Treasury, as ATF Chief Counsel and as ATF Deputy Director. Buckles earned his Bachelor of Arts in political science from University of Wyoming and his Juris Doctor from Washburn University in Topeka, Kansas. 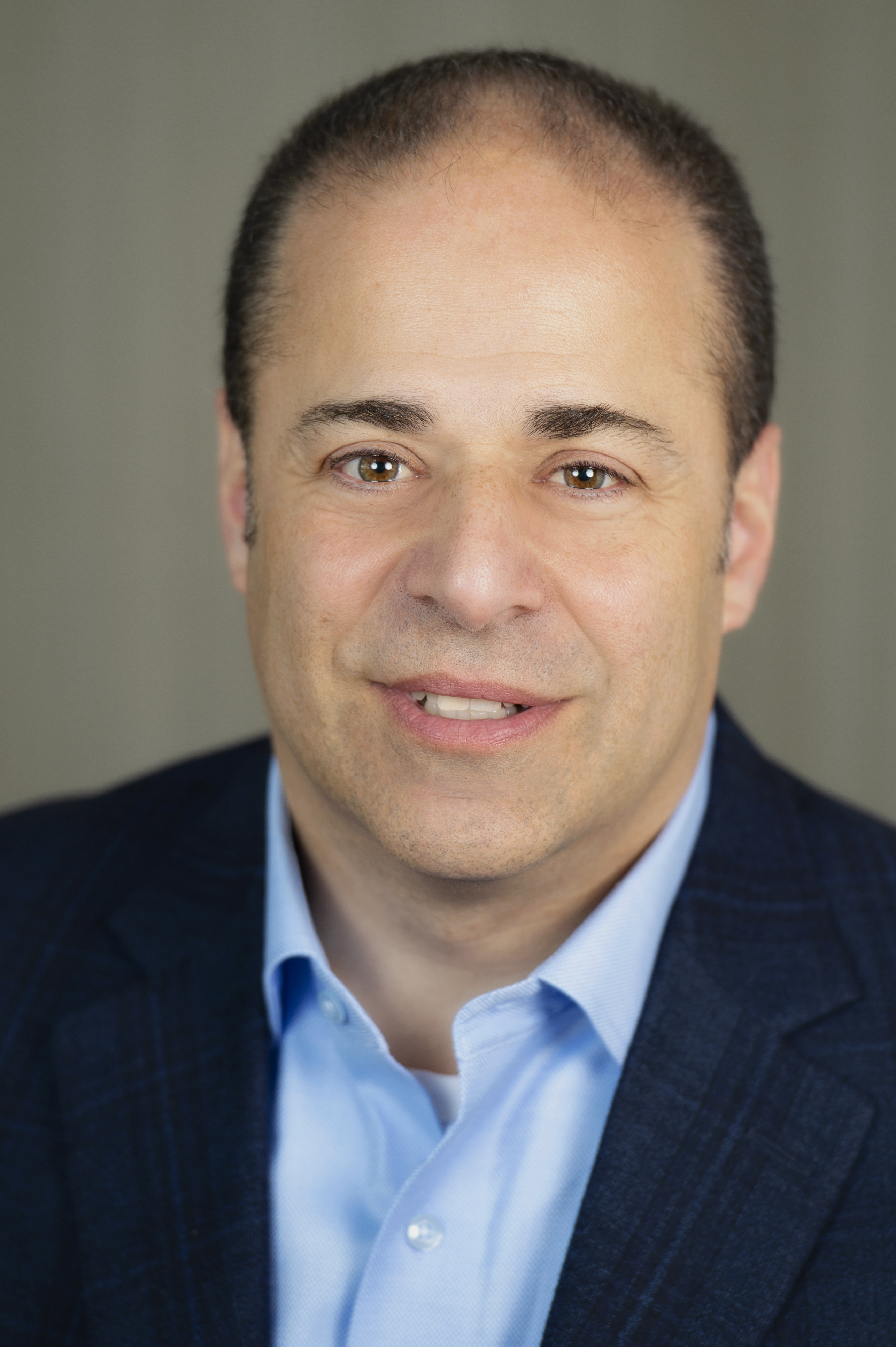 Ken Doroshow is Chief Legal Officer, Recording Industry Association of America (RIAA). Doroshow is responsible for all of the RIAA’s legal affairs, including litigation, intellectual property enforcement, and regulatory matters on behalf of the RIAA and its member companies. Doroshow is an experienced litigator and counselor with an extensive background in the major entertainment sectors. Before joining the RIAA as its Chief Legal Officer, Doroshow was a partner in the law firm of Jenner & Block LLP, where he represented a broad range of media and entertainment clients, including the RIAA and its members, with a particular focus on content protection, intellectual property enforcement, and the First Amendment. In addition to his time in private practice, Doroshow served as the General Counsel to the Entertainment Software Association, as a prosecutor in the U.S. Department of Justice’s Computer Crime & Intellectual Property Section (CCIPS), and as a trial attorney in the Department of Justice’s Civil Division (Federal Programs Branch). Doroshow has been recognized as a leading media and entertainment lawyer by such publications as Chambers USA, Legal500, and Washington D.C. Super Lawyers, and as an “IP Star” by Managing Intellectual Property magazine. In 2016, he was recognized in Variety’s “Legal Impact Report,” a listing of the top lawyers in the entertainment industry. Doroshow received his law degree from Cornell Law School, where he served as Note Editor of the Cornell Law Review. He served as a law clerk to the Honorable Joseph L. Tauro of the U.S. District Court for the District of Massachusetts. 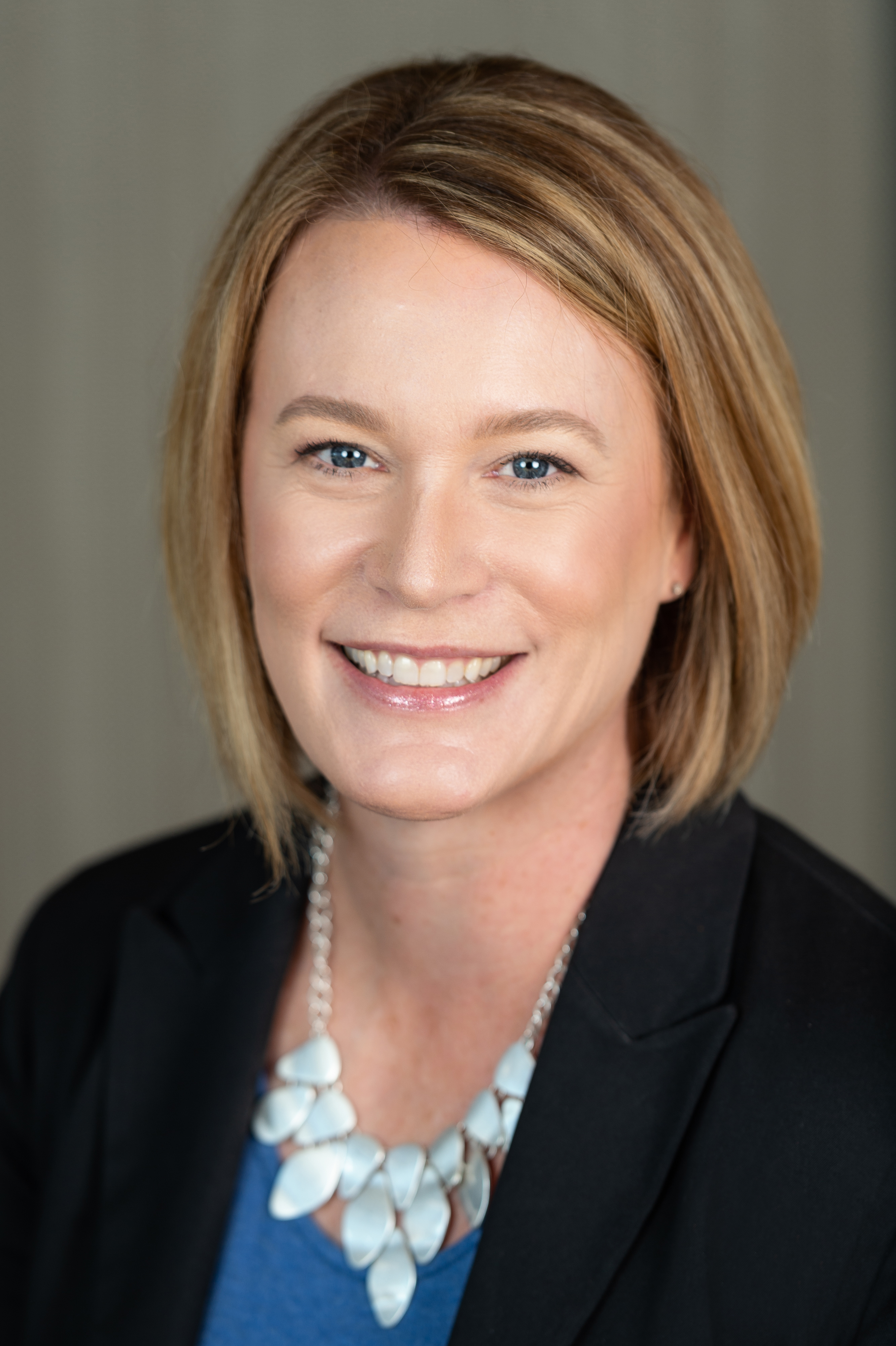 Morna Willens is the Chief Policy Officer for the Recording Industry Association of America (RIAA), the organization representing the nation’s major record companies. Willens is a skilled legislative strategist with deep political ties to Members of Congress and extensive knowledge of Capitol Hill, the Executive Branch, and every place to get a decent fountain Diet Coke in between.  She is a trusted and respected expert on D.C. music policy and politics known for her common sense, honesty integrity, and boundless sense of humor. Most recently, Willens led industry advocacy efforts for music licensing reform legislation on Capitol Hill, working closely with Congressional leaders on the passage of the landmark Music Modernization Act, which updated digital royalty rates for satellite radio and delivered new protections to pre-1972 copyright owners and recording artists through the CLASSICS Act.  Since joining the RIAA, Willens has helped build and maintain alliances with other music industry organizations, including helping initiate the ongoing effort to pass the Fair Play Fair Pay Act. In addition to the RIAA, Willens was a Vice President at the Glover Park Group advocating for clients on a variety of issues from copyright to renewable fuels.  She also was a legislative staffer to Representative John Shimkus, advising on telecommunications and technology issues including the landmark Telecommunications Act of 1996. Willens graduated from Northwestern University in 1994 with a Bachelor of Science in Communication Studies. Willens and her husband Todd live in Washington, D.C. with their four children. On weekends, she can be found logging heavy miles in the Washington Metropolitan area and its distant outskirts to cheer on her kids at crew regattas, soccer fields or Irish dance competitions.  It is widely known that her children find less enjoyment than Willens does in her eclectic musical tastes and road trip Karaoke choices ranging from Eazy-E to Kacey Musgraves – although she takes great pride in prepping them to take gold in the eye roll Olympics. Willens is a member of The Recording Academy, serves on the Musicians on Call District of Columbia Advisory Board and the Culkin School of Traditional Irish Dance Booster Club Board. 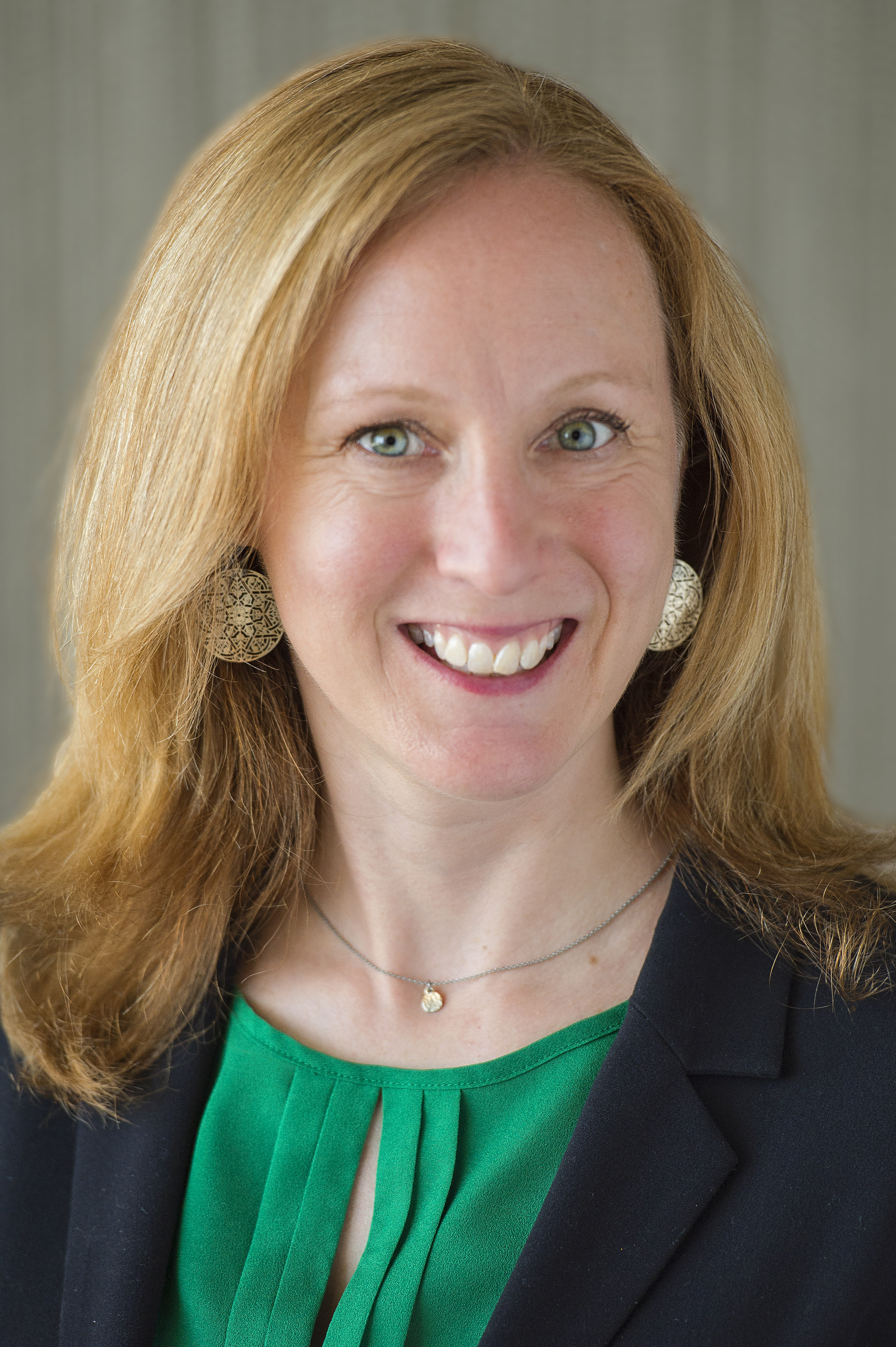 Karen Silhol is the Chief Financial Officer, Recording Industry Association of America (RIAA). Since joining the RIAA in 2001, Silhol has leveraged her financial and managerial expertise to advance the association’s strategic priorities and oversee administrative operations. With more than 20 years of experience in accounting and strategic planning, Silhol is responsible for all aspects of the association’s financial management, information technologies and facilities operations. Prior to her tenure at the RIAA, Silhol spent three years as an auditor with Calibre CPA Group, working with clients in the nonprofit sector and labor unions. Silhol is a northern Virginia native and earned her Bachelor of Business Administration in accounting from James Madison University. She is a member of the Greater Washington Society of CPAs, the Finance and Administration Roundtable, Leadership Music, and serves on the Board of the Alliance of Artists and Recording Companies (AARC). Silhol hesitantly admits her first concert was Vanilla Ice, albeit, in eighth grade. While she is the first to admit that she is not particularly vocally gifted, Silhol never shies away from a karaoke night. Her go-to karaoke song: Bon Jovi’s “Livin’ on a Prayer.” 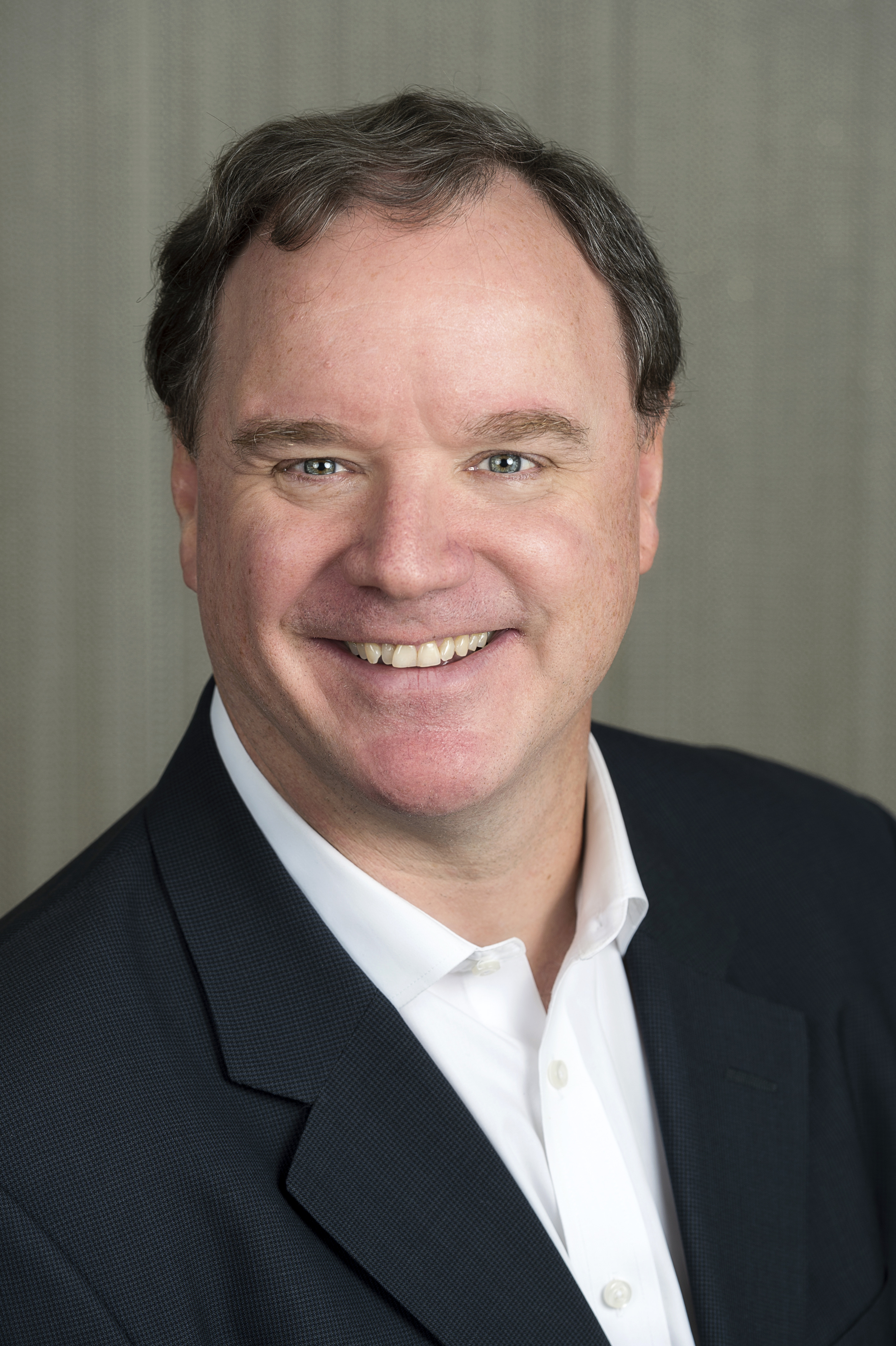 Daly served as chief spokesman for Nancy Pelosi from 2002 to 2011, leading the communications team during the Congresswoman’s rise from minority whip to her election as the first female Speaker of the House in 2007 and her first two terms as Speaker. He also previously served in top communications roles at the U.S. Trade Representative’s office and the Department of Energy. Outside government, Daly has deep ties to the nonprofit and service communities, serving since 2015 as senior director of communications for Save the Children Action Network (SCAN) and working previously at the Peace Corps. From 2011 to 2014, Daly was executive vice president for corporate and public affairs at Ogilvy Public Relations, leading complex campaigns for major international corporate clients.

A D.C. native, Daly’s first live show was seeing Linda Ronstadt at Merriweather Post Pavilion and he enjoys seeing music at local destinations from the Birchmere to the Fillmore. When not listening to music, Daly can be found on his bike cycling in the D.C. area or playing a fierce game of pickup basketball with other aging athletes. A graduate of Duke University and a huge Blue Devils fan, Daly and his wife and two daughters live in Silver Spring, Md.